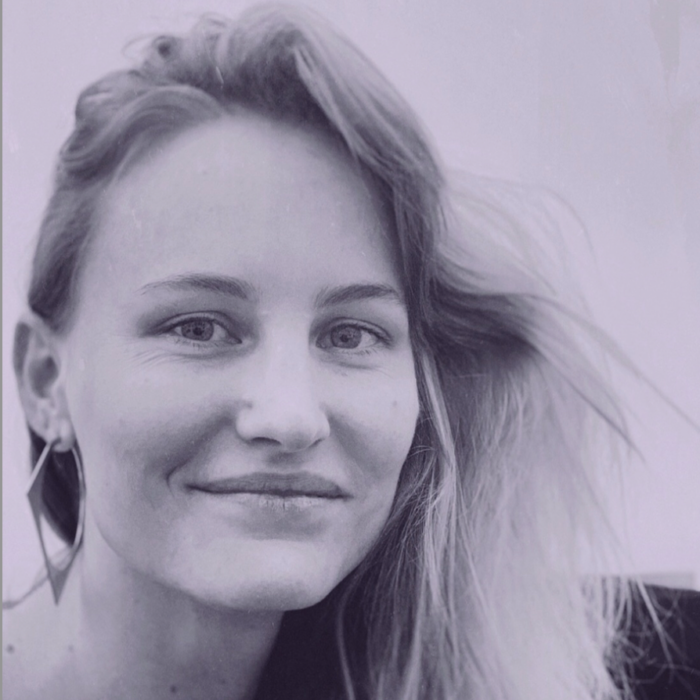 Lauren Arora Hutchinson joined the Berman Institute in June 2022 as the inaugural director of the Dracopoulos-Bloomberg iDeas Lab. She was previously a BBC journalist, award-winning audio storyteller, and academic who she served as part of the core organizing team for the Berman Institute’s 2020 Levi Symposium, “The Ethics of Virtual Humans.”

Hutchinson founded the immersive audio studio Sunday Blue to further explore the intersection between sound, story and interactivity and look at how intimate experiences can be shared. She has produced more than 20 independent features for the BBC, including talking to holocaust survivor Eva Schloss about becoming a hologram, speaking to Manfred Mohr about being one of the first people to use a computer to make art, and looking at how virtual reality has been used to explore grief.

Hutchinson hosted the first season of Stroke of Genius, a podcast about the history of inventions, and worked with the UK’s Institute of Art and Ideas to launch its podcast Philosophy for Our Times, taking it to #2 on the iTunes chart for Philosophy. She was previously the Creative Director of a boutique Augmented Reality company in London and has worked with new technologies to combine movement with the listening experience. She created and co-directed Pilgrim, the world’s first augmented reality podcast, in partnership with Bose AR. Hutchinson holds a PhD in the History of Science with a focus on Oral History from the London School of Hygiene and Tropical Medicine, where she taught in the Masters for Global Public Health program for six years, and completed a Wellcome Trust Imperial Media Fellowship to develop skills in science communication. She is also an Artist in Residence at the Made in New York Media Centre where she runs workshops in immersive audio and is a Research Fellow at the Johns Hopkins Immersive Storytelling and Emerging Technologies lab.